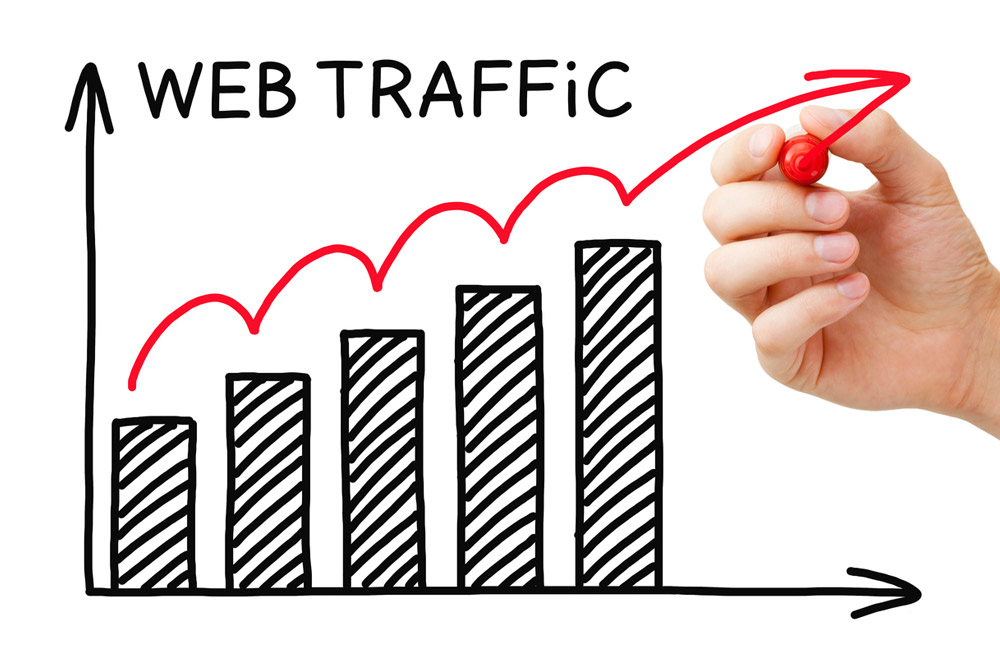 This crucial question is worth asking: Why do Google Search upgrades make it harder for websites to gain traffic?

For publishers and businesses that have relied on Google Search to send users to their sites, Google’s subtle updates have siphoned off vital traffic making it harder to reach customers.

Type a query into the Google search bar on a smartphone and there’s a good chance the results will be dominated by advertising.

This stems from a decision made in 2015 to test a 4th AdWords ad, rather than 3 , at the top of search results.

Some employees opposed the move at the time, saying it could reduce the quality of Google’s responses, according to people familiar with the deliberations. But the company brushed aside those concerns because it was under pressure to meet Wall Street’s growth expectations, one of the people said.

By 2016, the additional marketing slot had become a regular feature . This is one of the many ways the search leader has changed the way it presents results since its inception.

Another example is pre-packaged information that Google often displays in an area at the top of a page ( F eatured Snippets in Position 0 ), rather than sending users to other websites.

Gradually implemented over the years, changes like these have gone largely unnoticed by legions of consumers who regularly turn to Google for information and bargain hunting.

Google says these changes support its mission to organize information around the world and make it useful and accessible to everyone.

But for many web publishers and other businesses that have historically relied on the internet giant to send users to their sites, Google’s subtle updates have siphoned off vital traffic and made it harder – and more expensive. – reach online customers.

The debate over Google’s influence is growing in intensity as US regulators prepare an antitrust lawsuit against Google in what will be one of the biggest legal clashes between the US government and a company, since the United States sued Microsoft Corp in 1998.

Google controls about 85% of the US search market ( and over 90% in Europe ), and the changes it has made have put pressure on companies to pay more to appear at the top of search results. This is already the objective of regulators.

Last year, David Cicillin, head of the US House Subcommittee on Antitrust, asked Google if a 2004 statement by co-founder Larry Page that the company wants to send users “out of Google and in the right place as quickly as possible ” further describes his approach.

In a written response, Google simply ignored this question .

The US government is floundering in a complex business with many competing interests that Google must balance. Users want the best answers. Web developers need visibility. Shareholders demand growth.

From the start, websites have tried to trick or circumvent Google’s algorithm to attract traffic, and they complain when the company tightens the bolts to prevent deception. However, some web developers and advertisers say that this balance has been shattered in Google’s favor.

In the early 2000s, the company’s Google search engine came up with a simple offer:

Produce quality information and Google will send you traffic so that you can earn money by showing ads.

Reinvest some of that money to have better experiences, and the web will grow, giving Google more territory to explore and organize.

Our research results are the best we know how to produce. They are impartial and objective. The announcements are few, useful and discreet.

This agreement has been slowly evolving, however. A turning point came in June 2019.

That’s when more than half of searches kept users on Google Search for the first time ( thanks to zero-click search ), rather than sending people to others. sites via a free web link or ad, according to data from digital marketing company Jumpshot .

Rand Fishkin, who has been advising companies on how to work with Google’s search engine for almost two decades, said :

We have taken an important step in the evolution of Google, from the search engine to the walled garden.

On smartphones, the change has been more pronounced.

The research to zero click , which, according to Fishkin, suggest that the user has found the information he needed on Google Search, increased from 56% to 62% . Meanwhile, Google Ads ad clicks have more than tripled, according to data from Jumpshot that shows them.

When the search engine can give simple answers and save users an extra click, it will, and some sites have adopted this as a new way to get traffic., according to Danny Sullivan, Search Liaison Manager for the Google Search Team.

The company knows that “the best information comes from the web” and that it wants to support the ecosystem, he added.

Google also argues that the ads keep the search service free for users and are confined to the low percentage of queries that suggest someone is looking to buy something.

In some cases, Google pays to summarize content from other companies. Sports scores are one example, according to a blog post from May 20, 2020 .

The company also plans to pay some mediain a news service later this year. But Google doesn’t think everyone’s content is worth paying for.

Mike Moloney runs FilterGrade, a marketplace for custom filters photographers use to modify their work. He gets most of his traffic from articles on his website, such as lens and camera reviews, from the Top 10 results.

Recently, he noticed that Google was pulling photos and text directly off the site and showing them at the top of search results.

There’s a link to Moloney’s company at the bottom of the section, but clicking on any of the photos redirects the internet user looking to another Google page full of Shopping ads for movie stock.

None of these ads relate to or benefit FilterGrade, unless Moloney chooses to pay Google for placement:

They do a good job of making it subtle, almost like it’s an accident half the time.

It’s often difficult to know who owns content online, especially when it’s relatively easy to scrape ( copy ) information from a site and quickly reuse it on a new web page.

But even when ownership is unchallenged, the combination of direct Google responses and additional ads pushed free links to sites much lower on the search results page.

Former Fishkin colleague Pete Meyers has been testing the same list of 10,000 search terms for years. On average, users now have to scroll down twice to find the first organic free link, compared to 2013.

This has been the slowest but most consistent march in tech. If you are still holding out hope for a SEO strategy you must be intentionally ignoring all of the data in front of you/us.

It has been the slowest but most consistent walk in technology. If you are still waiting for hope for an SEO strategy then you should intentionally ignore all the data in front of you / us.

As businesses struggle to adapt, Google’s revenue and profits have surged.

Much of this growth has come from adding more advertisements. On mobile phones, advertisements now take up the entire first screen for certain searches.

According to Bloomberg.com, in 2015 and early 2016, when Google tested adding a 4th ad at the top of search results, there was a decline in some employees, according to people familiar with the situation who asked not to not be identified to talk about internal debates.

The main concern was that the fourth ad was often of lower quality than the first free organic result just below it, according to one of the people inside Google:

Google dismissed these concerns and went ahead with the fourth ad slot because it was under pressure to keep revenue and earnings growing to meet analysts’ expectations.

Google said it removed an ad slot on the side of the page when it added the fourth ad on the top, leading to a lower number of ads overall for “very commercial queries.”

Less than 2% of all searches result in 4 or more text ads on the first page, according to the company.

Kevin Hickey, CEO of Online Stores Inc, said the changes forced him to spend more on Google search ads to keep the traffic coming to his ecommerce businesses. Over 10 years ago, roughly two-thirds of Hickey’s Google traffic came from free or organic ads.

But as Google increased ad slots to the top of the results, that mix shifted. Organic results represent about 20% of visitors to his sites now, and he spends around 10% to 15% of his income on Google ads.

It raised prices, but its profit margins grew scarce:

The prices consumers pay are now higher because of Google’s business model.

Wikipedia pages were some of the first that Google pulled to directly answer searchers’ questions.

And Google often fails to clearly credit the digital encyclopedia , leaving Wikipedia managers to question whether they were Google partners or just passers-by, according to a person familiar with the situation.

The concern within Wikipedia is that its relevance will escape it the more its content is read in other places.

The thousands of volunteers who write and edit the site’s articles may stop contributing if they see their hard work benefitting a $ 1,000 billion listed company instead of a non-profit, the person said.

They asked not to be identified to preserve their relationship with Google. Still, a Wikipedia spokesperson said:

We regularly consider the impact of third-party use of Wikipedia information, especially as the public increasingly consume content outside of our sites.

We have worked with Google over the years to improve the way it credits Wikipedia content in the Knowledge panel so that the public clearly knows when they read Wikipedia information.

END_OF_DOCUMENT_TOKEN_TO_BE_REPLACED 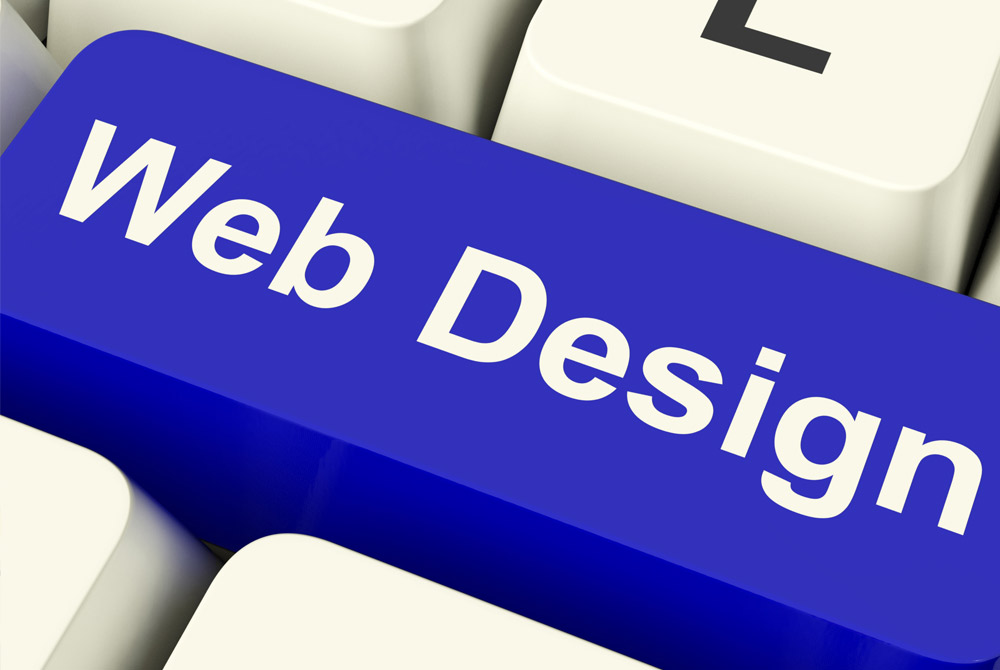 Why Should You Hire a Professional To Build Your Websi...